All Christians are on a journey of faith. Here are some personal stories of how people have come to faith and are continuing to grow in faith. 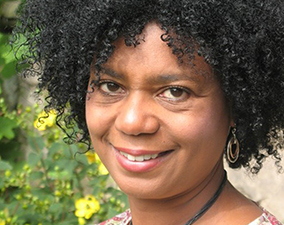 At the age of 11 we had an evangelist come to church to speak and it was then that I accepted Jesus as my Lord and saviour and have never looked back. When I was 16 years old, I was baptised and received the Holy Spirit soon after. I started to preach the gospel in the cloakrooms at school to anyone who would listen. This resulted in three of my friends coming to church with me and two of them went on to marry leaders in the church. My relationship with God has grown since the day I was baptised.

At 16 I also taught Sunday school at my church in Burton upon Trent and absolutely loved it. I continued to teach children in the different churches that I attended. When I was 23 years old, I moved to Canada and it was there that I developed a strong relationship with Jesus and grew in my faith. I absolutely loved going to church and hated to miss a week.

I returned to the UK in 2011 and it was in 2013 that I took a job working at St Barnabas as the children’s and youth leader. I was welcomed warmly to St Barnabas and continue to have the support and love of the people there. 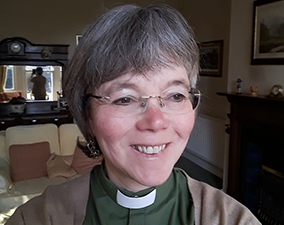 I’m Jo and work as an associate vicar alongside my husband, Derek Honour, who leads St Barnabas’. I was one of the first women in the UK to be ordained as a priest in the UK in 1994 and currently work as a Prison Chaplain in a men’s Open Prison not far from Derby.

I was brought up by parents who had, and still have, a strong Christian faith. Church and Sunday School were a regular part of my life and God’s love and direction was something we prayed for and thought about together as a family throughout my upbringing. When I was 13, I made a public statement about my commitment to Christ by being baptised by full- immersion at our family church. Jesus was the most formative person in my life but I think you could probably say that my younger brother, Philip, was the next. Philip was born with the cord around his neck at birth. This resulted in serious brain-damage and, when he was 3, he moved to live at a local children’s hospital near our home in the London Borough of Sutton. Having a brother like Philip meant that I grew up understanding that life can go wrong, even for a nice, middle-class, church-attending family! That’s not really news to any of us is it?

For me, holding onto the love of Jesus, has been the only way through some of the difficult times. Derek and I were unable to have children of our own which was a great sorrow to us. But we have known God strengthening us and showing us a different way forward. His power and presence helped us bring up two adopted children who joined our family when they were 3 and 5 years old and we are now, over 22 years later, the proud grand-parents of Dylan (9) and Demi-May (6).

I have worked in the Prison Service for over 26 years and can tell many stories of the way that God has worked change in some apparently irredeemable people. There is no doubt in my mind that receiving His forgiveness and surrendering our lives to His Holy Spirit’s control is the best way to live. ‘Barney’s’ is a friendly and supportive church to many people who would tell you the same. Why not come to a service and find out more?

Many people can remember a single day or event when they made the step of faith to become a Christian; for me, there were two steps which resulted in me knowing that I had Jesus in my life.

I was brought up in a Christian family and have 3 sisters. My parents were missionaries and we lived in Egypt for my first 5 years, then came back to England for a short time before going to live in Uganda where I did my primary schooling. I then went as a boarder to secondary school in Kenya until I returned to England to study medicine in London in 1965. Our parents taught us about God’s love for us and at about 5 years of age after a holiday club which was great fun I remember asking Jesus to come into my life and I felt really glad that I had made that definite step.

The second step came when I was 16 years old and was on an outward bound course with about 20 others on Mt Kilimanjaro. During this two week course a friend and I were climbing in thick cloud with poor visibility when we became separated from the rest of our group and were completely lost on the mountain. We stopped and talked about what to do and were both anxious so I surprised myself (and surprised my friend even more) by suggesting we should perhaps try praying. He agreed as long as I did the praying! After praying, we climbed higher for about half an hour and emerged above the cloud to see smoke in the distance where our group had lit a fire to help us find them.

That experience affected me very deeply because it was the first time I had really put my faith and trust in Jesus and as I did so I felt God’s presence and peace and love within me in a way I’d never known it before. I realise I’d known about Jesus up till then but now I really knew Jesus in a tangible way without any doubt. I was pleased we’d found the rest of our climbing party but even more pleased I’d found Jesus in my life.

When I was a medical student in London I met Liz and we were married in 1971 – a long time ago, but they have been the best years of my life and I thank God for Liz and our lovely children and grandchildren every day. I was also very fortunate to really enjoy my work as an orthopaedic surgeon – working with people dealing with arthritic pains or severe trauma and doing joint replacements and fracture fixation which was very satisfying; I saw it as sharing in God’s healing in a small way.

For me, St Barnabas is a place where we have learned a lot about being part of God’s family and walking with Jesus together with others as we go through good and bad times together. I did not realise when I was 16 that I would have more ‘mountains’ to climb in my life in different ways and I would also continue to lose my way sometimes. I have realised that I need to trust God for every day; faith in God is not a single event; every morning I am learning that I need to renew my contract with God and say, “Lord Jesus, I will trust you today and follow you today whatever happens” because I know I am only safe with Jesus. At 74yrs I’m still learning….

A month of Sundays