A team of 5 adults and 2 children from St Barnabas have just returned from 2 weeks staying on the YWAM base in Arusha, Tanzania.  They had a great time visiting the projects we support and thankfully everyone remained in good health.

Whilst there the team had the opportunity to see how the money we have raised as a Church has been spent, and what a blessing it has been to the people there.  The school at the Masai project in Enkikaret now has 3 classrooms, which are being used, and a further 2 are now in the process of being built.  The school children were also provided with new shoes, as well as some clothes donated from pupils at Ashgate.

The orphanage at the base in Arusha has been completed and some of our fundraising was used to purchase water tanks; essential items in a country with a severe water shortage!  Furthermore some of the money was given to the staff who dedicate themselves to working at the projects by faith, so do not receive any income.

The team were also able to meet some of the children, most of whom have lost their father to HIV, who are sponsored by members of the Church and to take them small gifts.

All in all the trip was a great success and a wonderful opportunity to strengthen the friendship and link that we have with those on the Arusha base, and to encourage them in the work they are doing, serving the poor in their community. 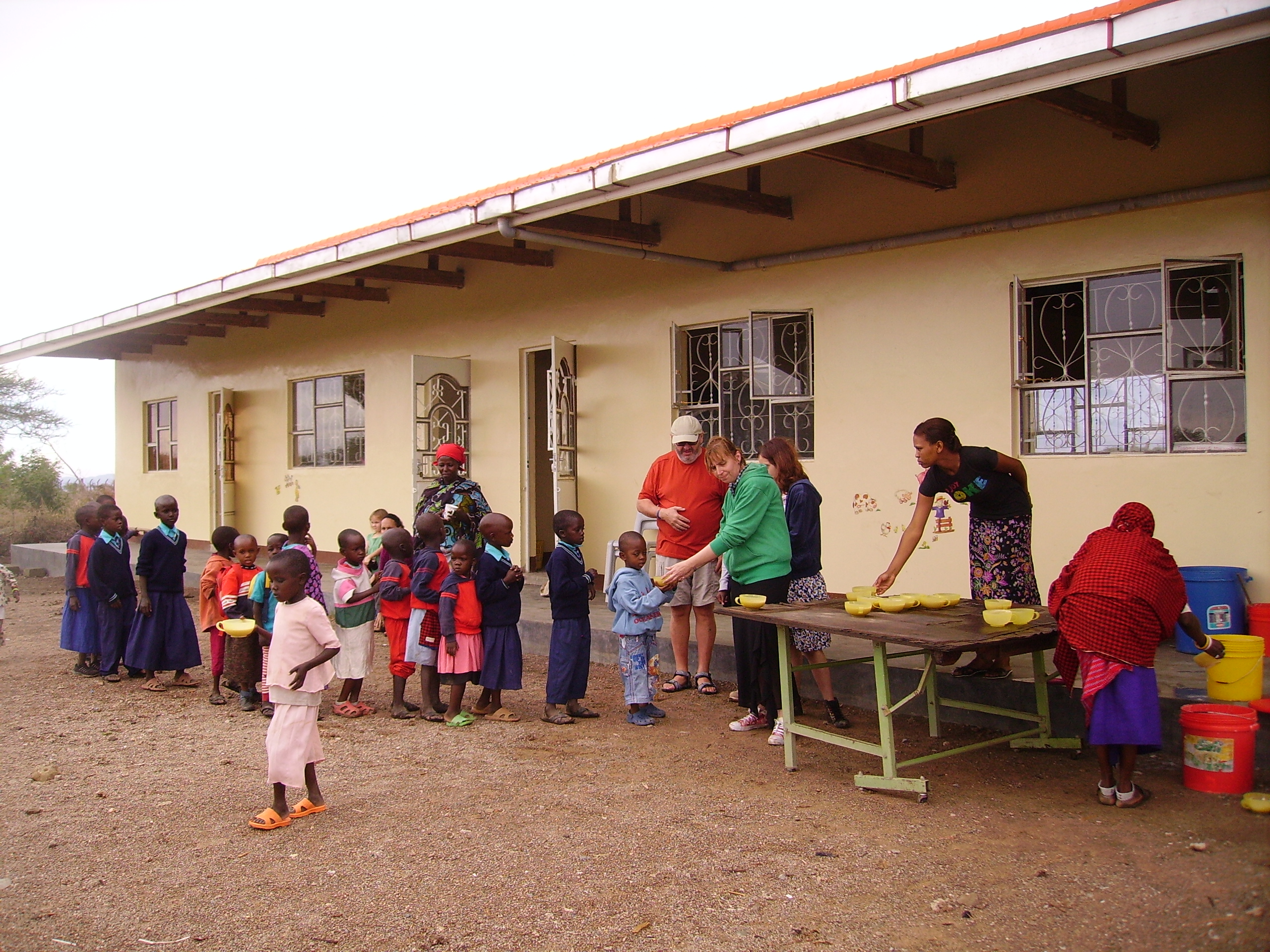 The completed classrooms at Enkikaret and pupils receiving their snack.

This entry was posted in Uncategorized. Bookmark the permalink.